The marriage of CBD and essential oils highlights the best features of each. Young Living offers CBD isolate products, meaning NO THC-the compound found in marijuana and found in full-spectrum products. We utilize the terpenes in essential oils to increase the overall spectrum of the product. It's no longer an isolate, it's now a smart spectrum - a pure THC-free isolate.
Seed to Seal®
Young Living’s quality commitment uses stringent guidelines in Sourcing, Science, and Standards to ensure that you’re using the best ingredients. We want to help you steer clear of CBD products that are tainted, poorly cultivated, and untested. Much of the CBD on the market today may be loaded with toxins. The hemp plant is great for the soil in that it sucks up toxins from the soil. What’s bad for you, when you purchase a CBD product, is that unless it’s grown in an area that has been toxin free for years - you are getting all those toxins in your CBD oil! No matter if it says organic—that can already be full of 40 undesirable substances - according to our labeling laws!
That’s why Young Living’s Seed to Seal guarantee (our farms have been tested to be without any pesticides for at least 50 years prior to our purchase of them) makes our CBD oil one you can trust to be pure. Our CBD products are the only CBD products on the market formulated with Smart Spectrum CBD Science.
Using the Smart Spectrum only-the CBD isolate (NO THC) gives you the benefits of the CBD oil without the drawbacks—and then we add our pure Young Living essential oils into it. The terpenes in the oil help your body to utilize it better. Each of Young Living's CBD products are infused with different oils to give you the added benefits of what that oil does.
Your wellness journey deserves better, and our quality commitment is here to support it!
Formulated for you:
CBD, or cannabidiol, is a plant-based compound found in hemp. Pure CBD—known as CBD isolate, has 0.0 percent THC - the mind-altering chemical found in marijuana. Our CBD is tested and verified through third-party testing to ensure that you’re getting a high-quality product free from solvents, heavy metals, gluten, and pesticides. This botanically based product will help banish the bad days and experience life bigger with aromatic bliss! We’ve carefully aligned each of our formulas to deliver unrivaled purity and performance.

Each product is carefully formulated to meet life’s little challenges. It’s in our lineup. We’ve got you covered.

Which products are for you?? 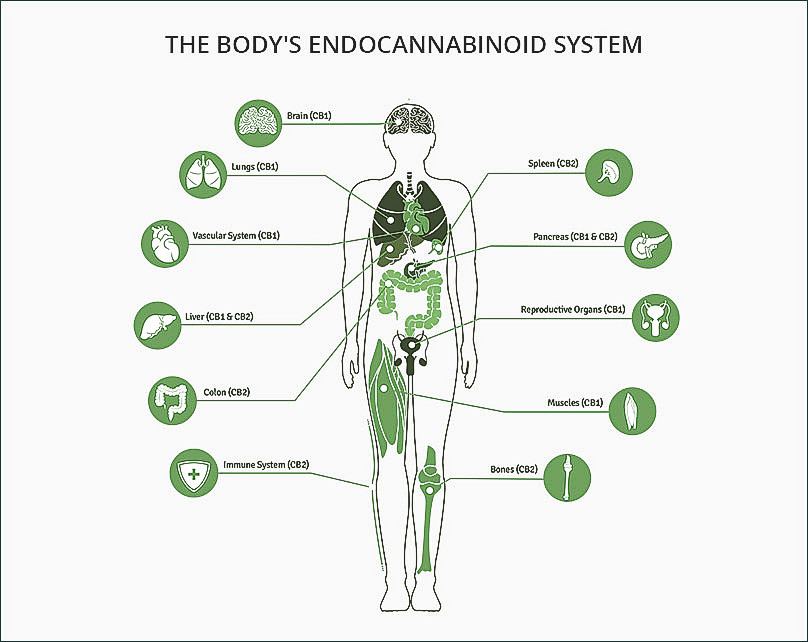 the Fine Details on CBD

The Endocannabinoid System (ECS) regulates processes in the body such as appetite, pain, mood, memory, peripheral nervous system, and more. Endocannabinoids and their receptors are found throughout the body: in the brain, organs, connective tissues, glands, and immune cells. In each tissue, the cannabinoid system performs different tasks, but the goal is always the same: homeostasis.
Homeostasis in a general sense refers to stability or balance in a system. It is the body's attempt to maintain a constant internal environment. Maintaining a stable internal environment requires constant monitoring and adjustments as conditions change. As an example, when we become stressed our mind releases Cortisol. Cortisol can be helpful when we need to react quickly to a dangerous fight or flight situation-but is not good to have in your system everyday.

CBD vs THC vs HEMP OIL

What’s the Difference?
Cannabinoids are naturally occurring compounds that interact with receptors found throughout the body to achieve certain physiological effects.
Scientists have identified over 100 different cannabinoids in the cannabis plant, but the ones you'll most commonly hear about are delta-9-tetrahydrocannabinol (THC) and cannabidiol (CBD).

Humans, along with all vertebrates like dogs, cats, fish, and birds, produce endocannabinoids — neurotransmitters that bind to receptors and impact pain, mood, appetite, sleep, and a variety of other functions.

Researchers have identified two receptors in the human body that respond to cannabis, known as CB1 and CB2.  These receptors are part of the larger endocannabinoid system, which helps regulate hormone secretion to influence appetite, mood, and energy.  Although CBD and THC have the same atoms, they're rearranged very differently.  Because of that, it's a wildly different key going into the lock of each cell.

Basically, whatever affects CB1 receptors are more likely to have psychoactive effects because they affect the brain and spinal cord.  Whatever affects CB2 receptors will likely affect the rest of your body, reducing inflammation without giving you the "high" feeling that marijuana brings. THC has an affinity to bind to CB1 receptors and trigger that euphoric "high" feeling.
Meanwhile, CBD has a stronger affinity to CB2 receptors, which is why it can reduce inflammation without being psychoactive. That's not to say that THC will exclusively bind to CB1 and CBD will exclusively bind to CB2. It's not like this molecule only reacts with that receptor, and it's only going to do its thing.  CBD may still react with CB1 receptors and THC may still react with CB2 receptors, but both are way more likely to interact with the reverse.
So, what is the difference between CBD oil and hemp oil? Both can support our wellness goals, but the differences begins with the part of the plant that each come from, and end with the benefits of the products themselves.  Hemp oil, now referred to as hemp seed oil, comes from hemp seeds and is a nourishing blend of nutrients, which is great for cooking or supplementation.
CBD oil, often called hemp oil, on the other hand, comes from hemp flowers, and interacts with our body’s endocannabinoid system to create an internal balancing effect. CBD oil is mainly used in the holistic or alternative wellness space to help balance the body’s internal systems, while hemp oil (now considered hemp seed oil) is mainly used in food and skincare products. 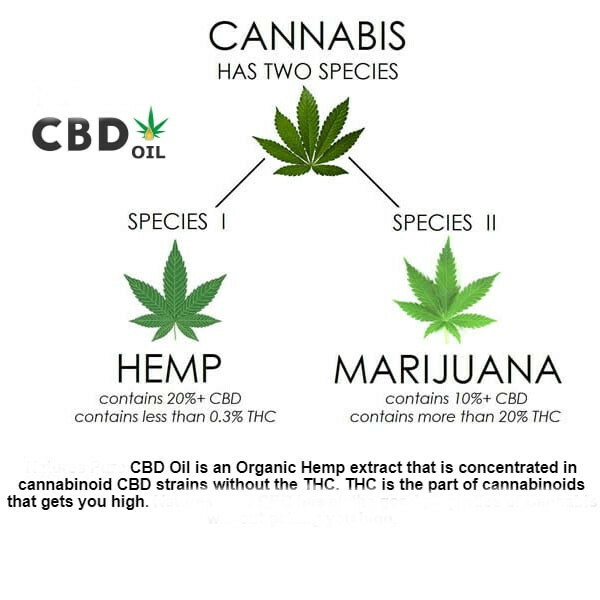 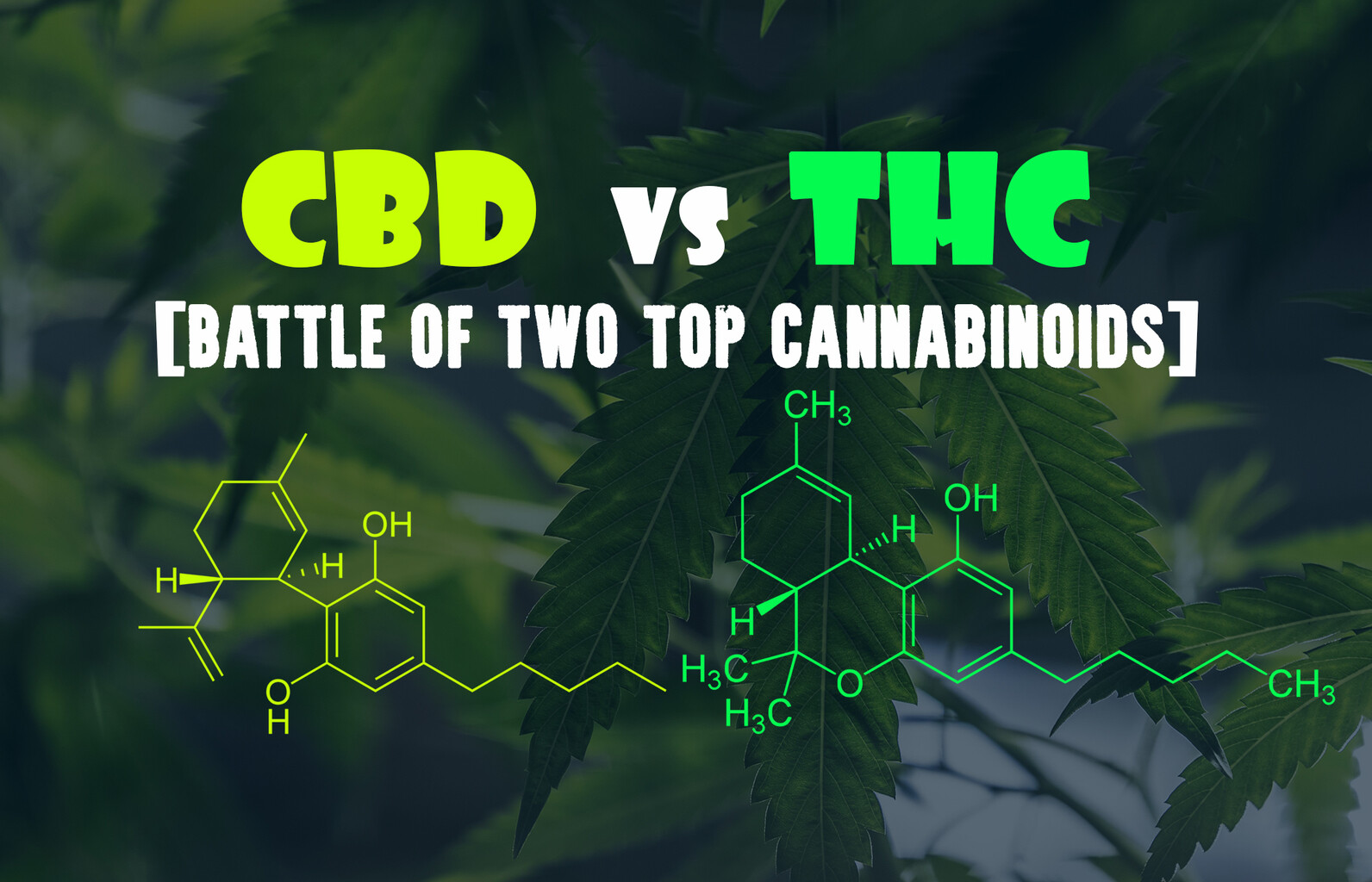 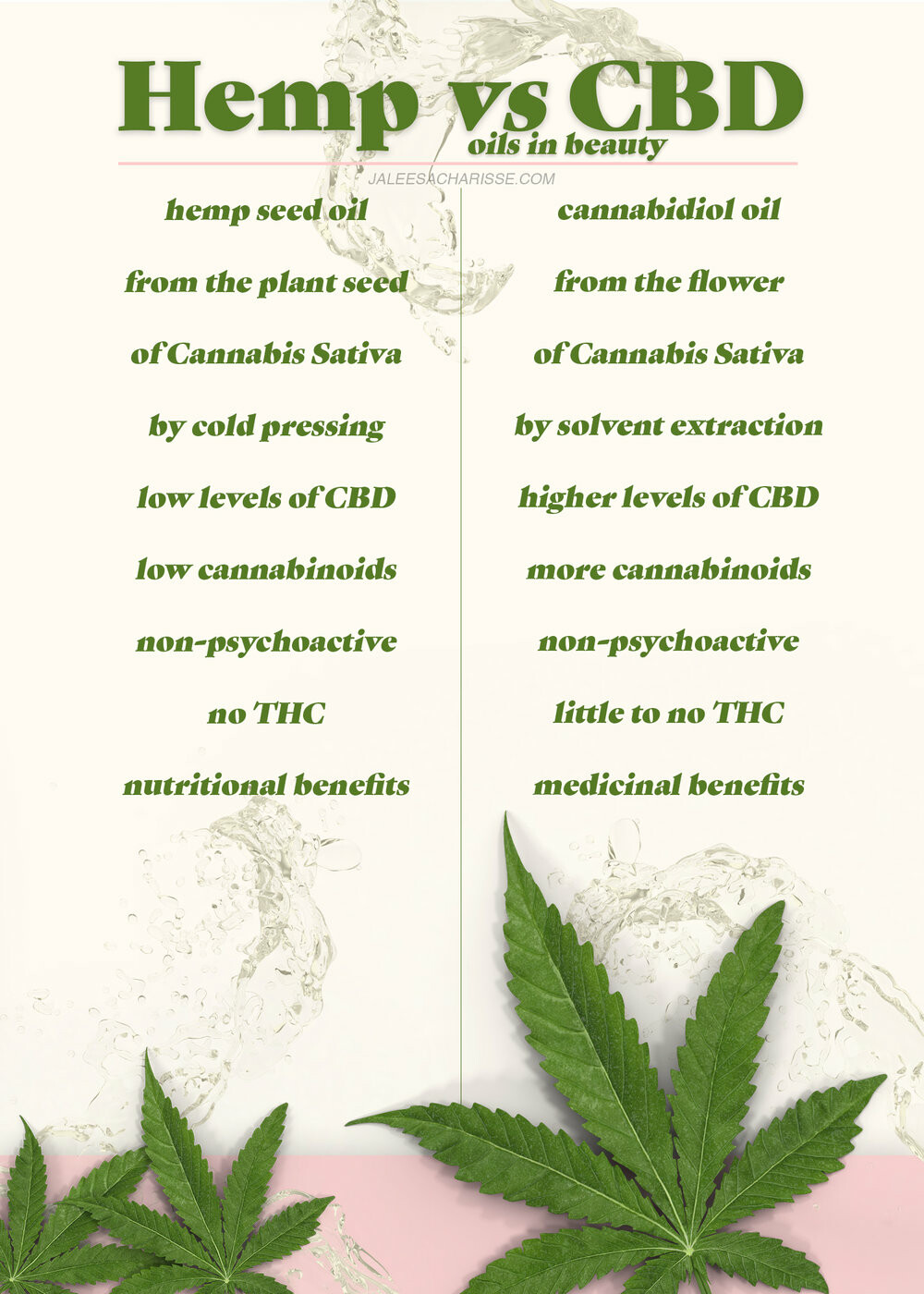